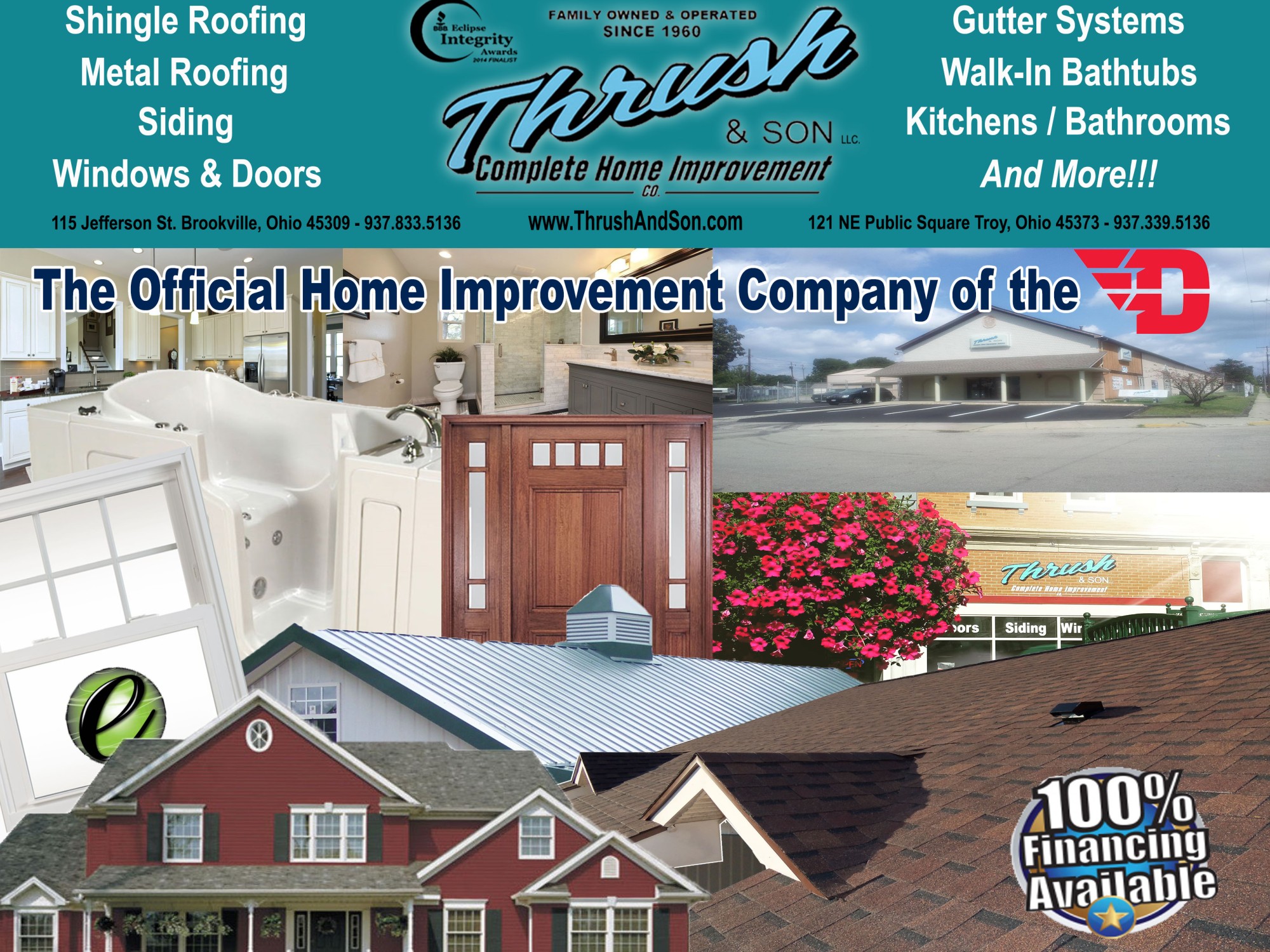 Thrush & Son, a family business, recently opened a home improvement office in the living room of downtown Troy. With their original showroom and headquarters located in Brookville, the new storefront at 121 NE Public Square is a full-­service branch of Thrush &
Son’s growing family tree. 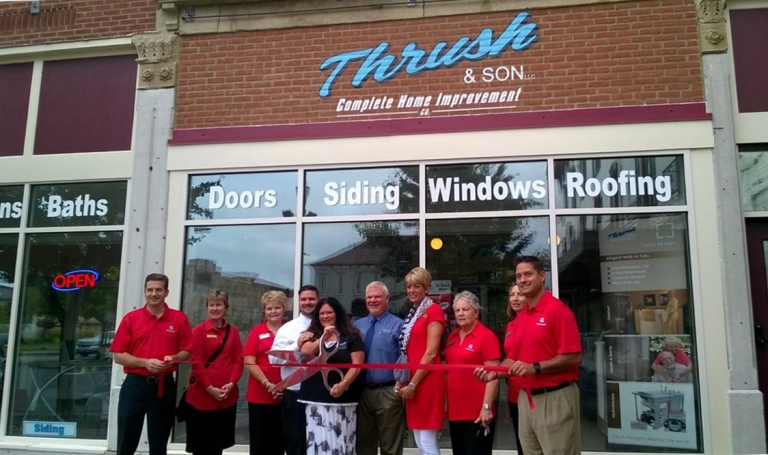 Owner, Allen Thrush, is the second of three generations now invested in the family business. His father, Wilbur Allen Thrush Sr., began offering his earliest services, installing spouting, in 1960 under the motto“Every customer will be satisfied.” The
values that founded the business have been passed down even as W. Allen Jr. helped his
father at work-sites. Pictures on the company’s website show Allen laying tile at ages as
young as 5 years old.

“I developed [Contractor Rush] in 2005 to keep our salesmen in line, our guys in the field in line,” Allen said. “It’s an open book. Everyone knows exactly what’s going on. It runs
our business and we can run estimates from anywhere.” Allen said he runs a “tight ship.”
His wife, Michelle, is the business Vice President and his son Corey is the Chief Marketing
Officer. With their family so actively involved in every aspect of each other’s lives, integrity and accountability are among the core values in their formula for success.

According to Michelle, “We want to build long-­lasting relationships with people.” Corey
emphasized their desire to be “cut-­above” in professional behavior. “We may be in the
contracting business but we always want to demonstrate our respect for our clients and each other in the way we dress, speak, and act,” Corey said.

The saying “It’s nothing personal, just business” does not apply where the Thrush family
is concerned. Each year, they look for ways to give back to the community and have even
found outlets in Troy to establish their presence as active members and benefactors.
Around the time of the new branch opening on the square, Thrush & Son sponsored the
Eagles tribute concert and the Troy Noon Optimist’s Halloween Parade.

Although Thrush & Son had looked at the possibility of numerous other cities, Allen saw the Troy location as “the best option on the table.” “We liked Troy’s downtown,” Allen said. “It’s vibrant and welcoming of new businesses. We could tell that they would be a
really great city to work with.”

In addition to servicing thousands of homes all over the Dayton area, Thrush & Son is the official contractor for the University of Dayton providing work on siding, window repair,
walk-­in tubs, roofing, storm damage, and doors. For more information on Thrush & Son,
visit their website at thrushandson.com or call their Troy office at 937-­339-­5136.