The Brookville-based, family-owned home improvement company got its start in 1960, when Wilbur Thrush founded his own spouting business. His son, Allen, joined the business early, accompanying his father to work from the age of three. In 1969, the company got a new name — Thrush & Son.

Allen and his wife Michelle bought the company from Wilbur in 1989 and opened the first showroom in 1990 in Brookville. The company expanded over the years, branching out from roofing and spouting to siding, windows, and remodeling.

Their son, Corey, came on board after graduating from college and playing professional baseball — the third generation to join the family business. Corey is Thrush & Son’s chief marketing officer and is responsible for the company’s active web presence.

“There’s no other way I’d want to go through life than working with my family,” Allen said. “That’s the greatest joy in the world.”

Thrush & Son offers everything from roofing and siding, window and door installation, and kitchen and bathroom remodeling, to constructing additions, garages, and pole barns.

“We’ll do about anything,” Michelle, the company’s vice president, said. The company completes about 1,200 to 1,600 home improvement projects throughout the Miami Valley every year.

Thrush & Son prefers to use local products and works with carefully chosen contractors. Allen oversees all aspects of every project, a task made easier with the proprietary software he designed himself.

“Every job gets my seal of approval,” he said. “We’re very high on ethics. I’m the moral compass of this family and someday Corey will be.”

When it came to choosing a new location outside Brookville, the family weighed their options carefully for about a year before choosing Troy.

“We plan on prevailing and we’ll be here for a long, long time,” Allen said. “That’s one of the reasons it took so long to choose a community.”

Since joining the downtown business community, the family has been looking for ways to get involved.

“One of the first things we did was join the chamber, we joined Troy Main Street,” Corey said. They also sponsored a downtown concert and participated in the Halloween parade, he added. 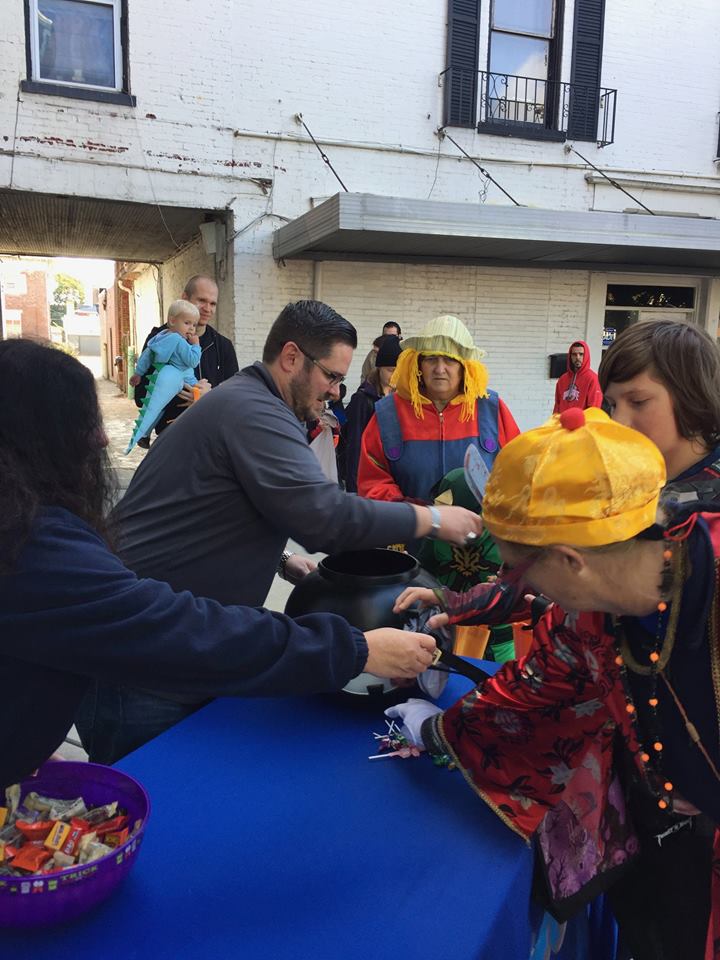 “That’s what we’re all about is giving back to the community, being involved,” Allen said. “It’s fun.”

Their Troy office is located at 121 NE Public Square.

“Being down here we have a lot of walk-ins. They’ll come in and ask for an estimate. And that’s nice,” Michelle said.

Thrush & Son can be found on just about any social media platform from Instagram to Pinterest — they even boast more than 16,000 Twitter followers, which Corey admitted is unusual for a home improvement company.

When he’s not writing posts for the company’s home improvement blog or uploading video blogs to YouTube, Corey also hosts a talk show on 1410 ESPN radio.

The company is the official home improvement company for the University of Dayton, maintaining university properties, as well as a UD Flyers sponsor. Thrush & Son is also an official NASCAR sponsor.

For more information, call (937) 339-5136, visit their website at http://www.thrushandson.com, and check out their blog, http://www.thehomeimprovementminute.com.